The Great Barrier Reef in Australia has long been one of the world’s most magnificent natural wonders, so enormous that it can be seen from space. But the reef, and the scope of sea creatures are hit by Worst Coral Die-Off on record, scientists say. Huge sections, nearly 60 percent, were recently found to be dead, killed last year by overheated seawater.

It is time to change it and help to rescue the life in the ocean. For this reason a homepage was created, which deals with this problem and clarifies the reasons of the coral bleaching.
Look and convince yourself.

This project is the result of the course „Interactive communication systems“ in the second semester. First we had to research about the topic and then to consider how the problems of the Great Barrier Reef can be shown in the best way. We decided to design a website, which has the structure of a magazine. First there is as onepager and if you want to learn more about the following topic, than you have the opportunity to „open the chapter“. 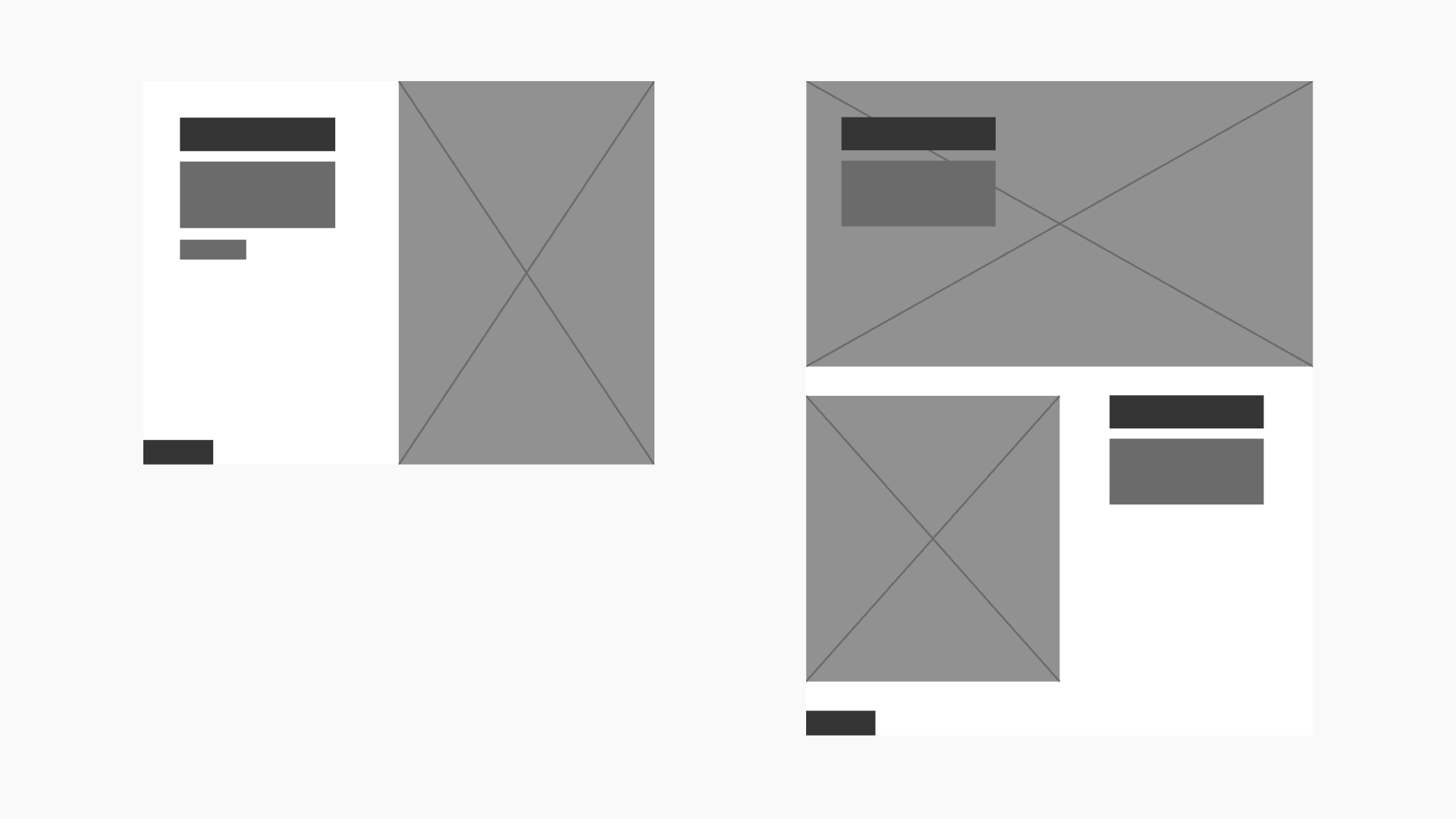 By the selection of our colors we have been inspired by the underwater world and selected and adapted suitable colors by using a tool. Since the pictures in our system are already very significant by the colorful colors, we wanted to keep the rest of the page discreet. The colors of our infographics are therefore reduced to pastel tones and have a pleasant effect on the user. 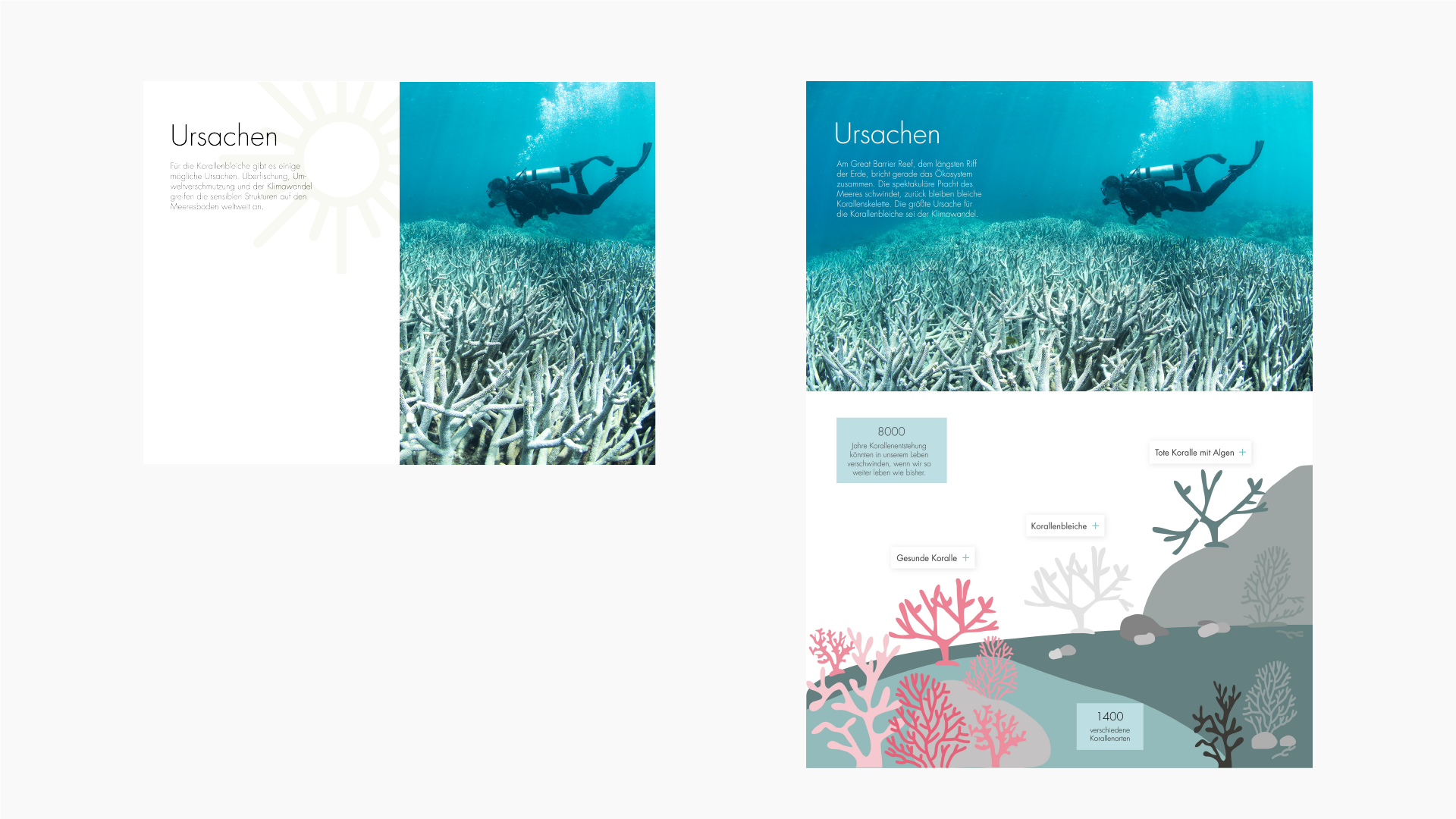 After we have been ready with designing, creating infographics and content the website, we started to program the prototyp with framer. This prototyping tool gave us the possibility to implement our ideas.
The following video shows the project in use. 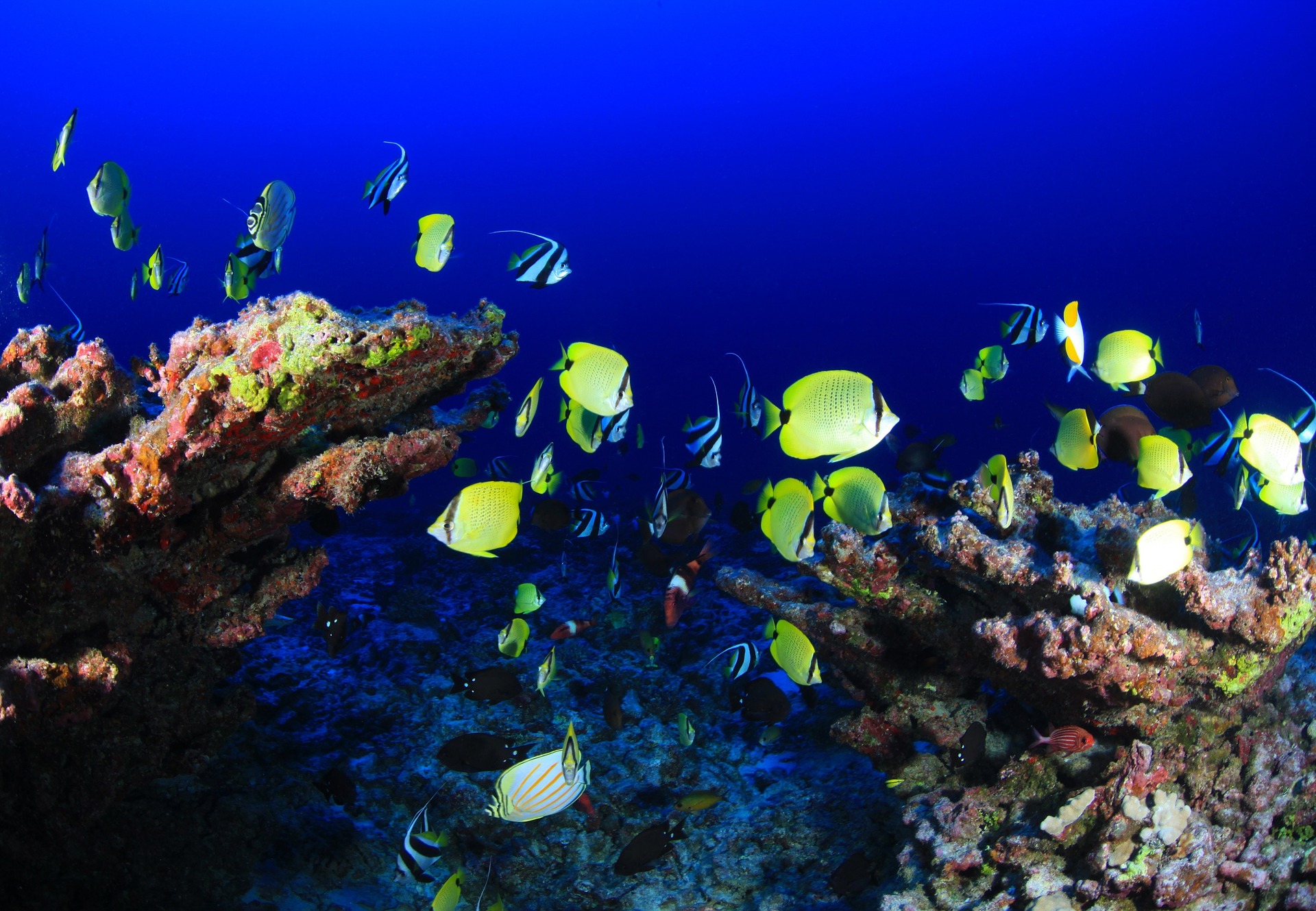 Get to another project

Get to another project

Send me an email.